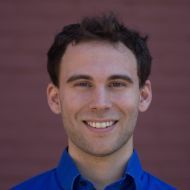 Alan Buxbaum currently serves as the Assistant Conductor of the New York Youth Symphony under the direction of Michael Repper. He has also served as Assistant Conductor for the Peabody Symphony Orchestra (PSO), the Peabody Youth Orchestra and the Baltimore Symphony Youth Orchestra. During his tenure with the PSO, Mr. Buxbaum covered concerts for both Marin Alsop and Leon Fleisher. In addition to the mainstream repertoire, Mr. Buxbaum is an avid contemporary music proponent. In October of 2016, he organized and led a concert featuring Ligeti’s Chamber Concerto and several Peabody composers’ works. He is also the youngest conductor to have performed Georg Haas’s in vain, which was featured on Peabody’s contemporary music series Now Hear This under the mentorship of the composer.

Mr. Buxbaum graduated in 2017 with an MM in Orchestral Conducting from the Peabody Conservatory under Marin Alsop and Markand Thakar. He also holds a double-degree in Percussion Performance and Composition from Montclair State University, along with a minor in Microtonality and Harry Partch Studies under the tutelage of the late Dean Drummond. Mr. Buxbaum began his conducting studies with Paul Hostetter, Jeffrey Grogan, and Ken Lam. He is a native of Hillsdale, NJ and is a practitioner of Ashtanga yoga.