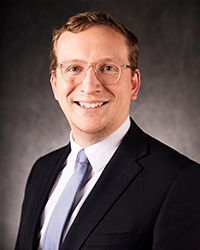 Originally from the United Kingdom, Edward Mylechreest received his degree in Music from the University of Birmingham, specializing in Conducting, Composition, and Performance (Trombone). Following further studies at the Royal Northern College of Music and the Institute of Education (University College London), Edward began teaching in the music department at the prestigious Tiffin School in Kingston, London. In 2016 Edward moved to New York City to continue his career in music education, working as a teaching artist with K-12-aged students, for a non-profit organization. As a composer, Edward specializes in writing music for Brass Ensembles, Choirs, and Educational music. Edward lives in Manhattan with his wife Kellyn, and pet dog, Millie.