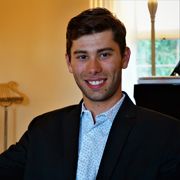 Michael Stanton joined the New York Youth Symphony as Orchestra Manager in September 2018. Pursuing a BA/MA degree in Musicology at Queens College, he has also studied trombone with Demain Austin, Per Brevig, and Haim Avitsur. For the 2017-2018 academic year Mr. Stanton continued his trombone studies at the Royal Danish Academy of Music in Copenhagen where he studied with Jesper Juul and Torbjörn Kroon. Mr. Stanton’s primary interest in musicology is in the music of Heinrich Schütz where in 2017 he received the Queens College Dean’s Fellowship to study works of the composer in several institutions in Dresden and Leipzig. Mr. Stanton is an alumna of NYYS where he spent seven seasons, five of which as principal trombone.