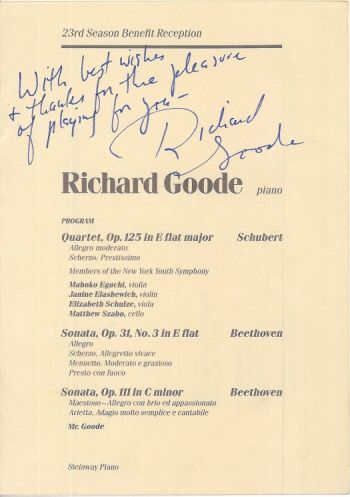 Pianist Richard Goode was the guest soloist at the Asia Society for the 23rd anniversary benefit in May.  Leslie Garfield was honored for 21 years of dedication to the orchestra (12 as president).

Masters Coaching Program is initiated to provide sectional coaching to members of the orchestra.  The Chamber Music Program is institutionalized with masterclass coaches such as cellist Joel Krosnick (Juilliard Quartet), violinist Eugene Drucker (Emerson Quartet), and cellist Fred Sherry (an alumnus and member of the Chamber Music Society of Lincoln Center)