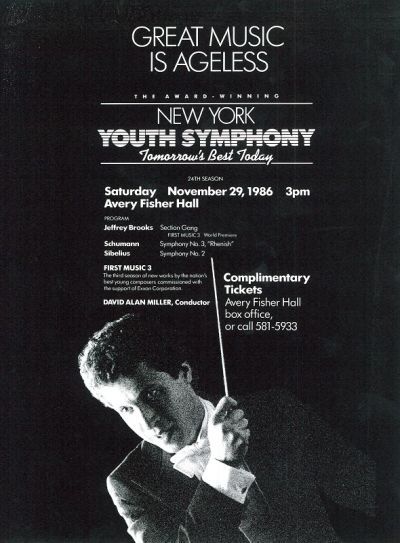 Allen Hughes chose the recently renamed New York Youth Symphony for his column "Critics' Choices" in The New York Times (11/23/86).  He writes, "This training ensemble has been brought to new levels of achievement under the dynamic leadership of Mr. [David Alan] Miller.  . . . The 105 players, all between the ages of 12 and 22, are proficient instrumentalists, and they play together with remarkable efficiency and élan."