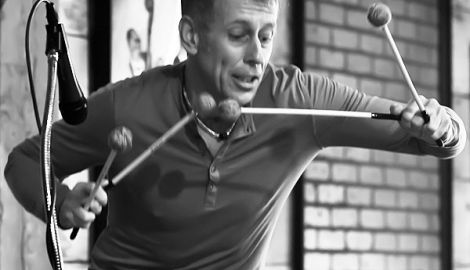 The opening concert of the season featured Paul Haas conducting the première of Andrew Norman’s Sacred Geometry, Shostakovich’s Fifth Symphony, and the Chaconne from Corigliano’s Academy Award-winning score for “The Red Violin.” Alumnus Cho-Liang Lin is the guest soloist, and Mr. Corigliano was honored with the ninth presentation of The Kesselman Award for Arts Education. Ned Rorem is the award’s presenter; Elliott Forrest served as the presentation’s master of ceremonies.

The New York Times: “This orchestra’s concerts at Carnegie Hall were the public face of an immeasurably valuable educational program in which young musicians are brought together and drilled in the art of the symphonic performance. Major works are addressed, often with stunning results: more often than not, the orchestra sounds like a fully professional ensemble.” (Kozinn 12-5-03)

The orchestra’s second performance on 2-29-04 features the début of pianist Natasha Paremski performing Rachmaninov’s Second Concerto. She is the eighth artist in the Durst Début Series. Stravinsky’s Firebird Suite was also on the program, and the Cary Trust is honored.

The season-end concert’s highlight on 5-30-04 was a performance of Mahler’s Symphony No. 5, with the 106-member orchestra under the direction of Paul Haas. The performance also featured the 20th anniversary presentation of the First Music series, with speakers David Lang, the first First Music composer in 1983, David Alan Miller, the conductor of that time, and Jeff Myers, the 60th orchestral composer on the afternoon’s program.

The New York Times: “ . . . the impressive New York Youth Symphony, founded in 1963 as a training ensemble, regularly provide[s] this kind of fresh and unjaded insight into the standard repertory all the time in their concerts at Carnegie Hall.” “Each Carnegie Hall program also offers the premiere of a work by a young composer, a program that arguably gives the Youth Symphony the best record of any American orchestra of commitment to living composers.” (Tommasini 5-28-04)

Jazz Band Classic opened its second season on 12-16-03 at the Church of the Good Shepherd on West 66th Street near Lincoln Center with “The Music of Count Basie and Thad Jones.” Trumpeter Lew Soloff, formerly of the band Blood, Sweat and Tears, is the guest soloist.

The band’s second performance of the season on 3-16-04 featured vibraphonist Joe Locke and a group of his singers in “A Tribute to Lionel Hampton.”

An added-on third performance at The Knitting Factory in May places a spotlight on the band members themselves. Pianist Theo Hill is the second recipient of the Director’s Award for Commitment and Achievement.

The Chamber Music Program completed its 22nd season with a recital at Weill Recital Hall on 4-22-04. The 15th composer commissioned for the Program through First Music, Orianna Webb, has her Piano Trio given its première.

The 2003-04 season is the 20th season of First Music, which, by the close of this season, had commissioned 60 young American composers for the orchestra, 15 for chamber music, and one for jazz band. Each of the orchestra’s three performances in Carnegie Hall is highlighted by a spotlight on First Music: John Corigliano, the chair for seven years of First Music’s Advisory Committee, is honored at the opening; the Trustees and Gayle Morgan, Music Program Director, of the Mary Flagler Cary Charitable Trust were presented with the first “Music Is Ageless” award by Board chair Leslie Garfield for its 17 years of support for the New York Youth Symphony; and David Alan Miller (the orchestra’s conductor 20 years earlier and, with Executive Director Barry Goldberg, the co-founder of First Music), and David Lang (the first composer commissioned in the First Music series) speak during the first half of May’s performance about the history and importance of First Music (Jeff Myers, the 60th orchestral composer to be commissioned and whose work, Regeneration, is on the program, joins them.)

A. Slade Mills, Jr., is elected president of the Board of Trustees at the annual meeting of 10-20-03.

The Surdna Foundation awarded the New York Youth Symphony with a second grant in four years: a $195,000 three-year challenge grant to raise a similar amount from new sources or incremental giving from current donors.