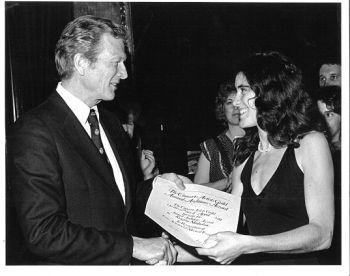 Pianist Lorin Hollander performed with members of the orchestra at the annual Celanese Corporation-sponsored musicale and buffet lunch in September.

Mayor Edward I. Koch proclaimed January 27, l980, Youth Symphony Orchestra Day in honor of its 50th program and "in recognition of the outstanding contributions it has made to the city."

Herbert and Clae Rosengarten sponsored a violin competition.  The winners are Andy Simonescu, 16, and Kurt Nikkanen, 14, co-concertmasters of the orchestra.  They played in the Carnegie Hall concert in April.