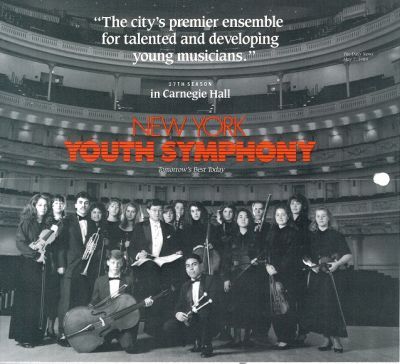 Wong featured Stravinsky's The Rite of Spring in his first concert of the season.

New York Times:  "Despite [the work’s] enormous difficulties, the orchestra did more than negotiate it, they played it very well indeed."  (11/29/89)

Daily News:  "Preparation was superb . . .  Solo instrumental turns were impeccable in this horribly difficult music, as they were all afternoon."  (Bert Wechsler  11/28/89)

22-year-old violinist Pamela Frank, an orchestra member for five seasons, returned as the featured soloist with the orchestra in March. She plays the Bruch Violin Concerto.